By Steven News May 23, 2019 No Comments on 4 Day Workshop by Empire Communities

Just across the Gardiner Expressway from the Rogers Centre and CN Tower along Toronto’s breathtaking waterfront is the city’s newest and most prestigious address for young professionals and their budding families: 162 Queens Quay Condos.

In an effort to help members of this emerging demographic acclimate themselves to the world of adult decision making Empire Communities - developers of 162 Queens Quay - recently hosted a four-event series with each event designed to address a different aspect of daily living that will impact the lives of new homeowners. 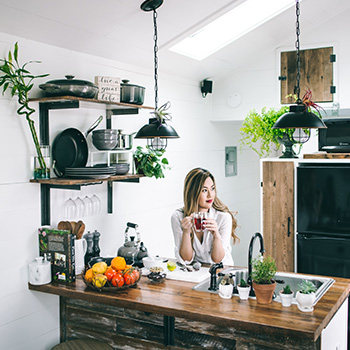 Although closing on their first home is a major milestone in any young person’s life there is more to being an adult than simply making the monthly mortgage payment.

As such, Empire brought together heavyweights in the local culinary, wellness, financial and entertainment industries to provide guidance, wisdom and insightful tips on living as an adult in the hectic, challenging yet exciting atmosphere of the 21st century.

Module 1: Cooking for the Gram

The first module in the series, entitled “Cooking for the Gram” took place at the Empire Phoenix Presentation Centre. It was hosted by renowned Toronto food bloggers Mystique and Philip founders of Chef Sous Chef. The pair passed on their secrets for successfully navigating the contemporary grocery store before guiding participants through the process of creating their own homemade hummus; a staple dish of modern hosting.

The second module in the series, entitled “Wellness Pop-Up Market” focused, as you might imagine, on creative ways to promote a more holistic type of overall wellness that encompasses body, mind and soul in equal portions. The Empire Phoenix Presentation Centre became a beehive of positive energy with pop-up stations focusing on everything from yoga to home decor, latte art, cold-pressed juices and so much more.

The third module, entitled “Get Financially Fit” was presided over by Chantel Chapman, mindful money teacher and Fintech entrepreneurs @mogomoney. Aspiring young homeowners were taken on a journey of discovery through the rules of finance, including the fundamentals of the mortgage, long-term financial planning, prioritizing budget choices and attaining milestones. In addition the traditional fine points of home ownership were juxtaposed against modern day concerns like paying down debt and minimizing exposure to risk. We all left a little smarter.

Module 4: Growing Up With Gouda 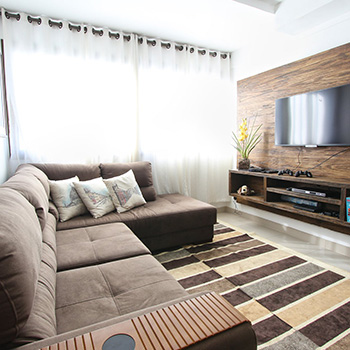 The last but certainly not least consequential module in the Empire Communities four-day series was entitled “Growing Up With Gouda”.

Chef Mat Sutherland of Etobicoke’s own Cheese Boutique demonstrated to the assembled how an appreciation of the simpler things, such as fine wine and cheese, can translate into peerless entertainment and hosting experiences.

Charcuterie boards were the center of attention as Mat broke with tradition by decorating his with nuts, pickles, jelly, truffles, apples and more. Experimentation and interaction were encouraged and participants left with their imaginations ablaze, which is just how we like it.

At Empire Communities we don’t believe you need to sacrifice your lifestyle in order to secure the home of your dreams. To us, it’s not about building condos. It’s about building communities full of bright, well-informed, nurturing individuals and their families. Come be a part of it at 162 Queens Quay, Toronto, here.