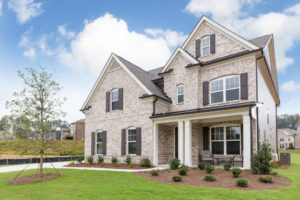 North America's one of the most reputed real estate developers and homebuilders, Empire Communities have made a strategic decision to get into a partnership with an Atlanta-based homebuilder, Edward Andrews Homes, or EA Homes.

Taking this decision has proven to be very fruitful for Empire Communities as it has resulted in the expansion of their reach across the States. The developers now cover a broader region of the country by covering places like San Antonio, Houston, Texas, Austin as well as Atlanta and Georgia after this partnership.

Empire Communities has experience in the real estate market of about 25 years now. Since its establishment, it has been a part of classic, award-winning projects with luxurious amenities, excellent facilities, and precision in work. Quay House condos are amongst the latest plans of the developers, and the homebuyers have high expectations from the development.

Located at 162 Queens Quay East, Toronto, Quay House condos will have a total of 461 units and the estimated year of completion of the project has been told as 2023. The project by Empire Communities is a perfect blend of convenience and natural beauty. Click here to know more about Quay House condos.

EA Homes was founded by Paul Edward Corley and Todd Andrew Hager in the year 2009. And, within no time, it flourished as a developer in Atlanta due to the quality of houses it brought to the market. At present, the real estate giant in Atlanta is developing 15 communities. 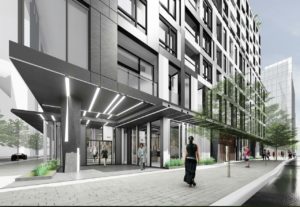 The CFO and Executive Vice President of Empire Communities, Andrew Guizzeti commented that the firm has now set its foot in greater Atlanta as well with this partnership. He believes that the association with the partner firm is significant EA Homes has a robust and exciting portfolio under its name.

An, just like Empire Communities, it too, believes in complete customer satisfaction as its primary motto. Thus, the firm plans to retain the integrity and culture of EA Homes, having 85+ employees and a great experience. Also, Hager and Corley will continue handling the Atlanta real estate.

At the same time, EA Homes too was pleased with the partnership. The Atlanta company believes that this partnership will help them grow as a company with a well-established and well-capitalized firm that shares the same values of the business as them. They think that the financial resources of Empire Communities and the local market relationships they have will together make up to be a great combination.

This combination would lead to extraordinary growth and better opportunities for both the real estate companies. EA Homes have been in close touch with its Atlanta as well as Toronto teams. This is to make sure that there is a smooth and easy transition for the employees as well as the customers of the firm.

Empire Communities first launched its U.S. Homebuilding Division in the year 2006 in Houston. Now, it has more than 15,000 news developments consisting of both townhomes as well as condos over the past 25 years of its existence in the market of GTA as well as Texas.