By Steven News Jan 04, 2020 No Comments on Empire Communities Takes Home A Pair of Awards

The awards – the Canadian Production Builder Award and the Canadian Residential Services Network (CRESNET) award – are among the most coveted HERS (home energy rating) awards on offer and indicate outstanding achievement in residential energy services. 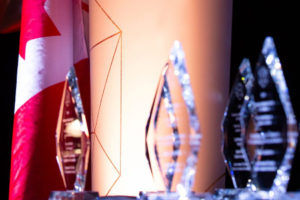 It’s expected that the award-winning technologies will play a significant role in the way Empire Communities design and construct homes going forward.

In accepting the awards, Empire acknowledged the assistance of industry partners Rockwool and Dow Building Solutions. As well as material and monitoring assistance provided by George Brown College.

Paul Golini, Executive Vice President for Industry Relations at Empire, noted that “Sustainable construction and energy efficiency have long been a part” of the Empire Communities culture.

He went on to re-state the company’s commitment to experimentation designed to ensure continued besting of both Energy Star and Ontario Building Code standards.

According to Golini, such ongoing initiatives are all part of the company’s drive to future proof their development projects, regardless of size or complexity.

The award-winning homes in Breslau received a HERS score of 38, the lowest Canadian Production Builder score of any of the candidate homes being considered. Empire also took home the CRESNET President’s Award for having an average HERS fleet score of only 44. 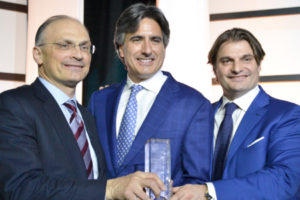 The Cross Border Builder Challenge is a good-natured competition designed to encourage the development of environmentally friendly building techniques and materials.

Both Canadian and American builders participate, share notes, encourage each other and challenge each other to continually raise the bar in this most important aspect of the building industry.

The challenge also encourages widespread use of the HERS Index as a guide for energy-efficient construction on both sides of the border.

As Empire’s Golini stated during the awards ceremony, the company is committed to “finding new ways to continuously raise the bar” in response to the elevation in efficiency standards and to not only comply but to surpass building code requirements.

Empire, he stated, innovates “by piloting our ideal energy-saving technologies and building solutions into experiments that can potentially be applied to all of our new homes.”

In the more than 25 years since its founding, Empire Communities has built more than 12,000 homes and condo units. It is one of the largest homebuilders in North America serving the needs of both Southwestern Ontario and the Southern United States.

Visit our homepage to see more condos by Empire Communities.