HomeAid recently announced the start of construction on a third Boys and Girls country cottage intended, in this instance, to provide 8 boys with what will be the first bedrooms they’ve ever had. Construction on another of these much-lauded country cottages is being made possible by a partnership with Empire Communities, who are the developer of record on the project. 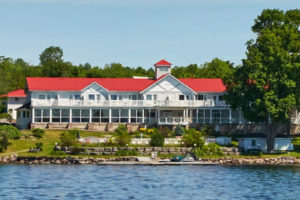 When complete the cottage, located on HomeAid’s campus in Hockley, will provide the boys a safe, nurturing atmosphere through their high school years if necessary.

Parent teachers will also be accommodated on-site to facilitate the learning environment. At 8,100 square feet, the cottage will be large enough to provide each boy a generously sized room of their own as well as copious space to interact with their peers.

Funding for the project is being provided by the Woodforest Charitable Foundation to Boys and Girls Country.

James Miller from Empire Communities stated the company is “honored to take part in the ongoing expansion of the Boys and Girls Country campus” and noted that Rafael Casas has been assigned as Empire Communities construction manager.

Miller went on to state that Empire’s ongoing partnership with HomeAid “is a perfect fit that will allow us (Empire) to provide a well-built, safe place” where at-risk children can flourish.

As of this writing, the foundation for the new cottage has been poured, the plumbing roughed in and framing on the upper portion of the cottage begun. When framing is complete, there will be a gathering of Boys and Girls Country staff, assorted volunteers, and the children involved.

As is the case when a large skyscraper it “topped off” those assembled will write their best wishes, hopes, favorite scriptural passages and inspirational messages on the actual framing before it is sealed away inside the walls. 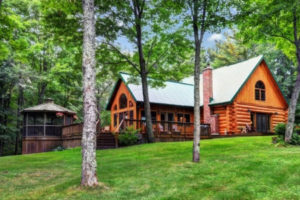 The Country Cottage initiative is a program comprising a network of 11 cottages run by Boys and Girls Country. Boys and Girls Country is a Christian home for children from families in crisis and is intended to provide these most vulnerable of our young people a reliable, safe and nurturing environment in which to realize their potential.

The non-profit Country Cottage program was first established in 1971. Today it can accommodate up to 88 children ranging in age from 5 to 18.

According to Empire’s James Miller, the company is proud to be a party to this important work and can think of no more valuable outlet for their construction expertise.

In the words of HomeAid Houston Executive Director Carole Brady, “Partnering with Empire Communities has made the construction process seamless. We can’t thank Rafael Casas and his team enough for all they are accomplishing.”